BREAKFAST AND FOOD PROJECT: DELIVERY OF ITEMS TO SCHOOLS AND DINING ROOMS IN VARIOUS AREAS OF THE COUNTRY

BREAKFAST AND FOOD PROJECT: DELIVERY OF ITEMS TO SCHOOLS AND DINING ROOMS IN VARIOUS AREAS OF THE COUNTRY

As of July 2021, shipments of food for breakfast and/or lunch and material donations were restarted to all the aid centers with which we have collaborated for many years.

Schools assisted through the Santa Clara Association – Number of Children:

• Dining rooms in Ushuaia, Buenos Aires, Misiones and Salta
– Through the Fundación Pequeños Pasos with its centers, Ushuaia and San Martin (Buenos Aires), the delivery of food was intensified and nutritional support continued. In El Soberbio (Misiones) and the aforementioned centers, preparations began for the implementation of craft workshops for children and adolescents.

– Together with the La Casita Foundation in Gonzalez Catan (Buenos Aires), the needs of the children and families who attend the center were met without interruption, with 700 plates of food each day starting in March. Among its activities, piano and guitar classes continued; the basketball and chess workshops; computer workshops, sewing and as always, school support. Medical care was also provided and the pediatrician specializing in nutrition assisted babies, children, adolescents, pregnant women, mothers and grandmothers due to the fact that the primary care rooms in the neighborhood were closed or with extremely reduced consultations.

• Kitchens in Salta, Tucumán and Santa Fe Service Center for children with cancer in Misiones
Through the Sai Foundation, the task of distributing food, educational activities in human values ​​and the distribution of clothing and footwear was continued tirelessly.

• Canteens on the way to La Casita, La Plata, Province of Buenos Aires.
We continue to collaborate with the dining room so that they can carry out their community classes in cooking, sewing, pastry, computers, chess and different community nutrition talks aimed at mothers. 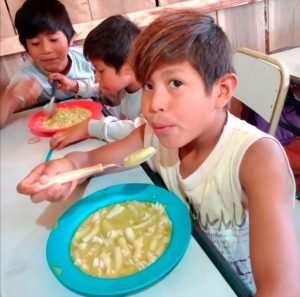 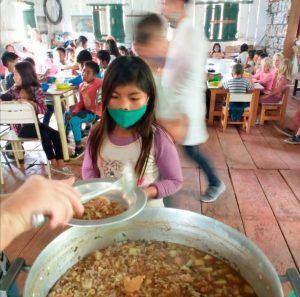 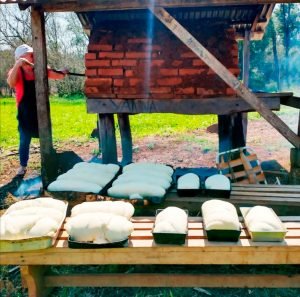 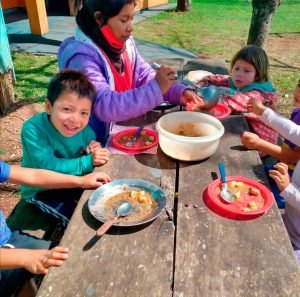 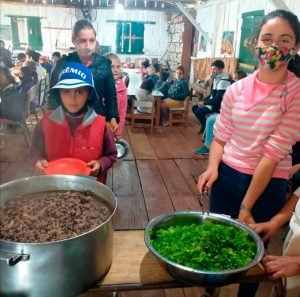 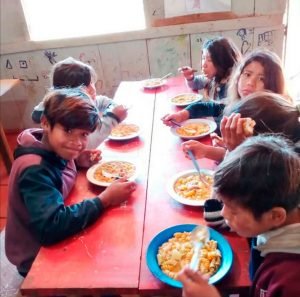 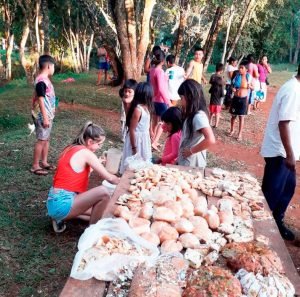